Huon Pine is a special and fast-disappearing Tasmanian timber. Piners' punts are a unique and fast-disappearing Tasmanian style of small working boat, built to be hauled up and rowed down some of Tasmania's wild rivers gathering the Huon Pine. Timber-cutters working in the river systems of southern and western Tasmania used “piners’ punts” to move themselves, equipment and stores deep into the forests. They were usually called “puntos” in the nineteenth century: the specific term “piners’ punt” appears to be a creation of the late twentieth century.

Probably derived from the Norwegian pram dinghy, the traditional punt was a clinker-built vessel, based on a T-batten rather than solid keel with sufficient spring to keep the snub bow out of the water even when moderately loaded. They were light but strong, and handled well in swiftly-running water. From the 1920s batten-seam carvel construction became popular. Sizes varied widely depending on intended use, but those used on the river systems were generally between 14 and 18ft. 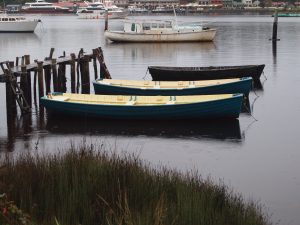 Punts were used in the Huon River system in the 1840s, and raced at the Huon Regatta in the 1850s. By 1859 former convict Thomas Doherty was using them on the Davey River. Doherty has been claimed to have been the “inventor” of punt, which is most unlikely, but he and his descendants were instrumental in popularising their use on the west coast.

In the 1870s prospectors used punts throughout the west coast. Around 1888 some of Thomas Doherty’s sons began harvesting Huon pine on the Gordon River and are known to have built punts at Strahan at this time. A photograph of Strahan taken about 1889 shows three punts of the same basic form as those known today. 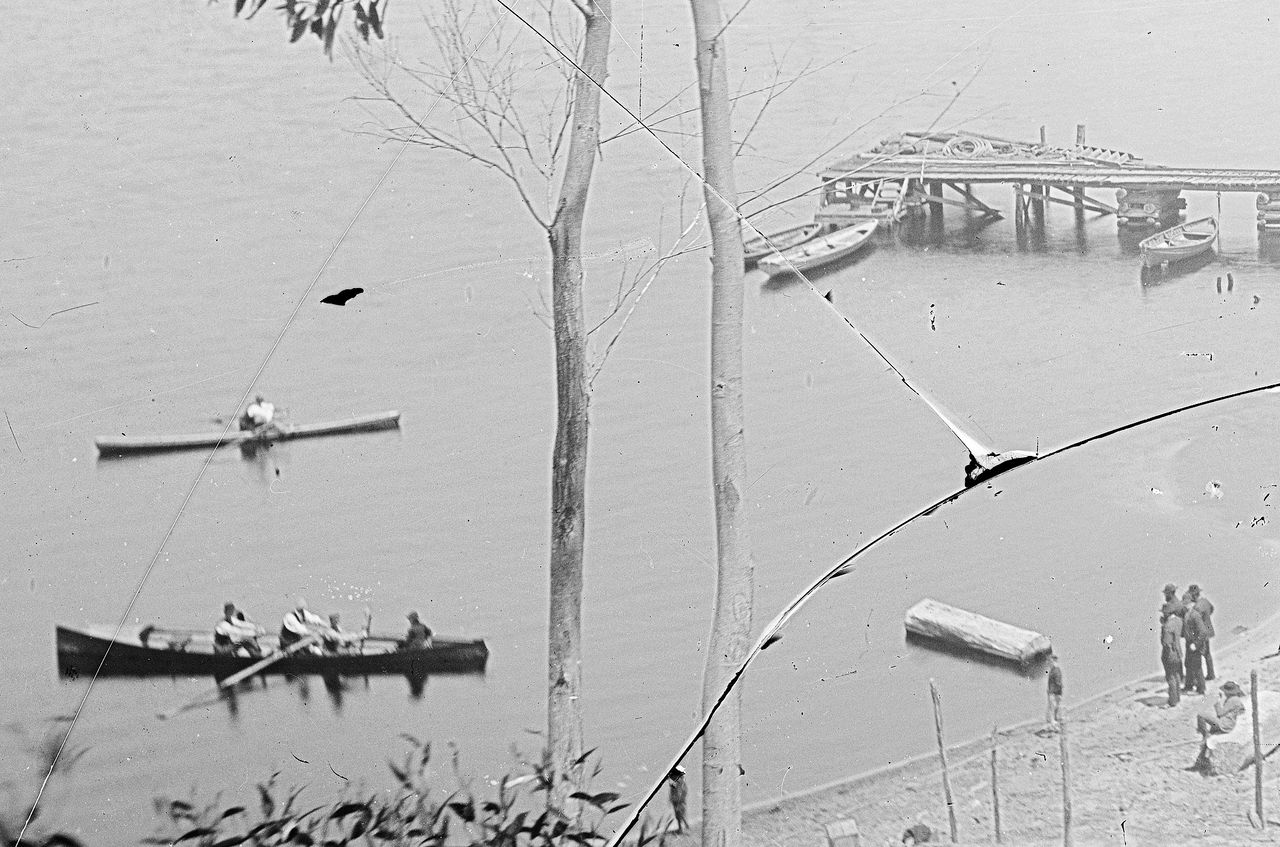 Punts were popular recreational vessels both on Macquarie Harbour and the Huon River. Punt races were held on the Huon from the 1850s into the early 1900s and at Strahan from the 1890s until well after World War Two. Although no longer used commercially, both restored original punts and recently-built replicas remain popular reminders of Tasmania’s heritage. 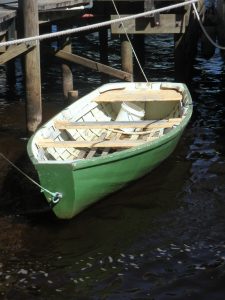 As with many other small boats of the time, they were not usually built to a plan, but to a concept in the boatwright's mind. As a consequence, there is little documentation as to their design or the evolution of that design. The Wooden Boat Guild of Tasmania has endeavoured to capture some details of these special boats, before the boats and their builders disappear completely. Members of the Guild used modern techniques to measure and show the characteristics of these vintage vessels. 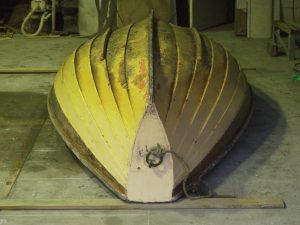 The smaller of Jon Clarke's punts, upside down for surveying 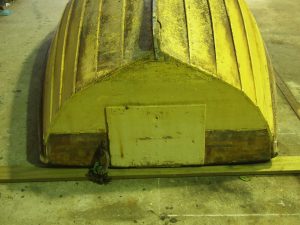 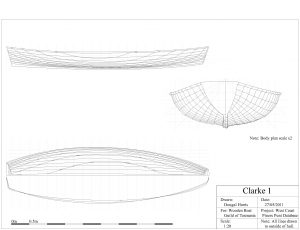 Drawing of the lines of the larger of Jon Clarke's punts, derived from laser survey data