Teepookana is a replica of a traditional Tasmanian Piners' Punt. These punts were used by timber harvesters to carry goods and people up Tasmania's rocky rivers, in search of Huon and King Billy pines.

The Wooden Boat Guild of Tasmania Inc. was formed in 1994 with a charter to promote and preserve Tasmania’s wooden boat heritage, demonstrate and re-invigorate the traditional methods and skills of wooden boat building.

It was agreed that the members of the Guild build a wooden boat that would fulfil part of their charter.

Construction commenced at Adrian’s home in Margate where he and Graeme Hunt did the lofting. The hardback with frames (for the boat to be built upright) was set up at Ian Johnson’s at Tinderbox, where Guild members fitted the keel garboards and lower planks.

The next and last move was to Eric Bound’s workshop at Moonah, where for the next five years, Guild members worked on her one Saturday a month.

The timbers used in her construction are:

She was finished in time to be launched at the 1998 Wooden Boat Festival.

A competition was held within the Guild to name her and Grahame Dudgeon won, with the rather appropriate name “Teepookana” after the Pine logger’s camp on the West Coast King River.

Teepookana has been to almost every rowing day and festival since then and is well used and maintained by the Guild. 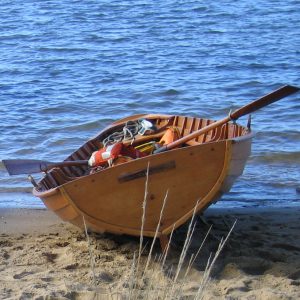 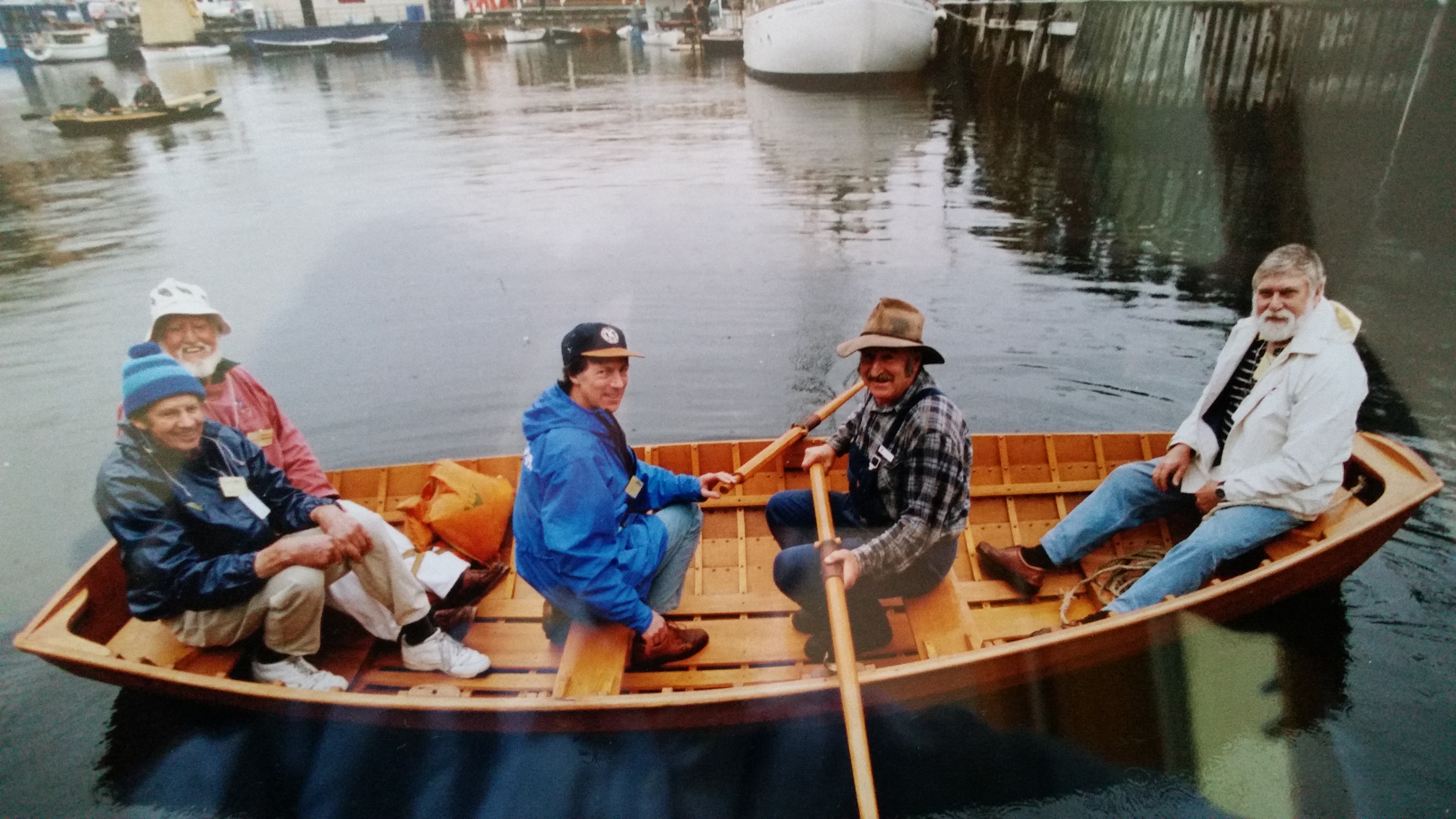