This little Huon pine cod boat was built for the owner’s son during the Depression years as a commercial fishing boat on the Tamar, although no trace of the craft being licensed as such has been found. It was later purchased by Geoff Tyson for use as a yacht at Low Head, and was probably renamed Iola at this time point, after a boat owned by the Tyson family between about 1918 and 1924 and then believed to have gone to Great Lake.427 Iola (II)’s wet-well was removed and the holes plugged.

Iola subsequently passed to Tyson’s brother-in-law Cyril Cameron, being much enjoyed by his sons in the 1950s and 1960s, before passing to another relative Gordon Tyson who raised the vessel’s sides and had the vessel decked for more comfortable cruising.

After being sold out of the family for over four decades, and at some stage renamed Aeola, in 2021 Iola was purchased by a syndicate of Cameron family members and delivered to the Wooden Boat Centre at Franklin on 6 May 2021 to be restored back to its configuration as a yacht in the 1940s and 1950s. On completion it is expected that Iola will be relocated to Merimbula in New South Wales. 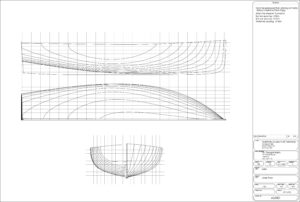 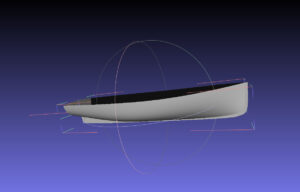