Harry Grining built Mayfair for his own use as a tender in the pining industry that could also be used as an excursion boat (possibly the first commercial tour boat on Macquarie Harbour) operating during the tourist season. Construction was from inner King Billy pine and outer Huon pine planking, both layers being longitudinal and overlapping. The hull is unusual in having chines fore-and-aft that each fair into a smooth hull-form amidships: the forward chine is set lower that the aft chine.

Morrisons purchased Mayfair in the late 1940s for the same duties as her builder intended, but she was largely supplanted as a cruise-boat in the mid-1950s by the much bigger J Lee M. Mayfair plodded along in the pining industry until the 1990s. Laid up for over twenty years, there are currently plans to restore Mayfair for display on the hard at Morrison’s Strahan mill. 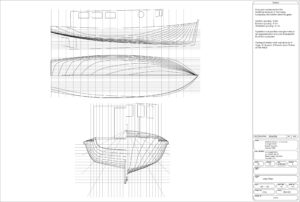 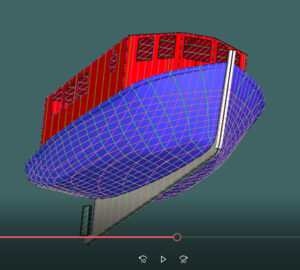