Gordon on trailer after bringing her to Hobart from Launceston

The punt was in poor repair and is in need of restoration. Gordon has had its lines taken electronically and by hand measurement in conjunction with the Maritime Museum of Tasmania and the Australian National Maritime Museum.

In 2017 the Guild decided that its next project would be a restoration of Gordon to working order, to join the Guild’s fleet. Work was done most Thursdays (perhaps less over winter) primarily using the Guild’s resources.

Gordon has been restored to good, safe working condition but not conserved as a museum piece. Old and new methods of boat restoration have been used where appropriate and possible, always endeavouring to achieve restoration with reversibility capacity. The finished boat is painted outside and clear finished inside. It will be used. Sound material has not been removed. Any materials in the Guild’s possession were used as a first choice.

Some examples of the state which Gordon was in: 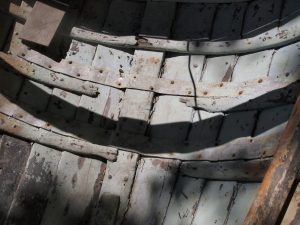 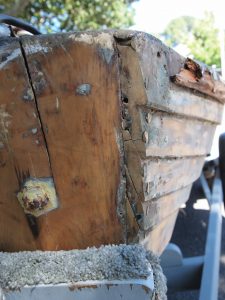 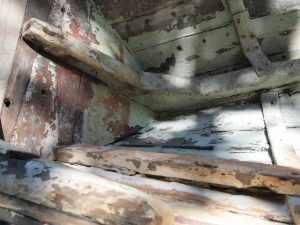 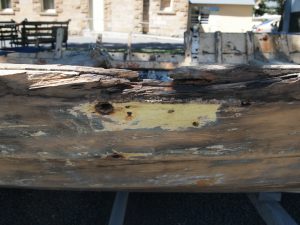 Following her refurbishment, Gordon was re-launched (relatively) quietly on 6th June 2019. Gordon is currently on display in the foyer of Lenna of Hobart in Battery Point.

A few pictures are below. More are here. 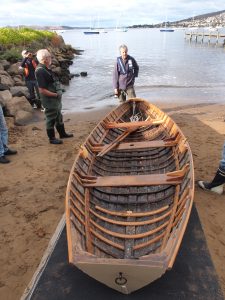 Graeme Hunt, co-ordinator of the Gordon refurbishment, speaking at her "soft" re-launch 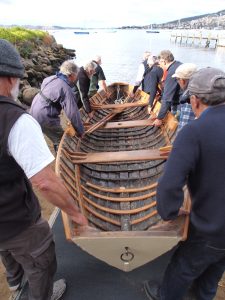 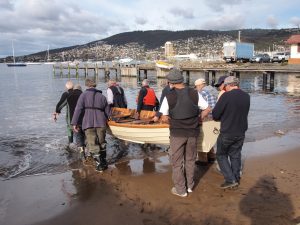 The "Thursday Group" carrying Gordon to the water's edge 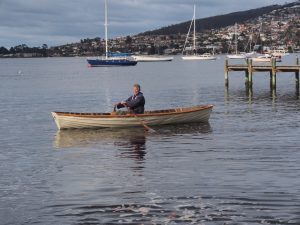 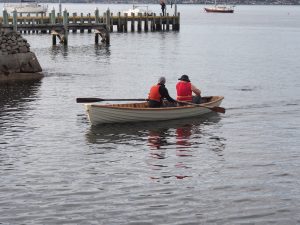 Gordon's trim is much better with two on board 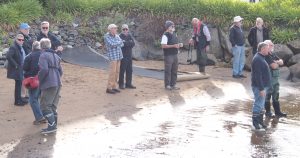